Variables And Keywords In Python

Variables or identifiers in python

In general, the variables are the names that hold a data stored in the memory and it should have an unique name known as identifier.

Identifiers in python are the names which are used to identify an entiry like variables, functions, classes etc.

Here "my_var" is the identifier or variable name that holds 10 value.

What are the Keywords in python?

Keywords are the reserved words in Python.

Inside python these words have its own meaning and usability.

The follwoing are the keywords in python

Remember these key words are specific to a particular version of python. Some keywords may be different in different versions

Declaring and assigning value to a variable.

In Python you do not need to declare a variable type, because the types are determined automatically at runtime when we assign a value to it. This is know an dynamically typed. (Python is a dynamically typed language)
The data what we assign to a variable takes the form of objects. i.e. either built-in objects that Python provides, or objects we create using Python classes.
Objects are just pieces of memory, with values (and sets of associated operations).
Check the following example.

Here x, name and salary are the variable names on the left side of "=" on each statement and on the right side are its values that are assigned.
Note that we have not pre-declared the variable names and its type before assigning values (generally required in languages like C, C++ , Java).

Python does this process of determining type automatically at the run time, when we assigned data objects or values (5, "Python" and 60.50 ) which are known as built-in object types or standard data types in Python.

If a variable is not “defined” (assigned a value), trying to use it will give you an error:

How does Python process a variable

Everything we process in Python programs is a kind of object.
Object is a distinct piece of memory.
Each time you generate a new value in your program by running an expression like above, Python creates a new object ("5" in this case) to represent that value for you.
When we write the expression x = 5, Python interpreter does the following steps

Check the below example

The type changes as we keep on assigning different type of object to it and the variable keep changing its reference to that object in memory.
Therefore the names or variables names does keep the type but the type lives with objects ( 5, "amazon", 40.25), so to whomever these gets assigned the names become that particular type. 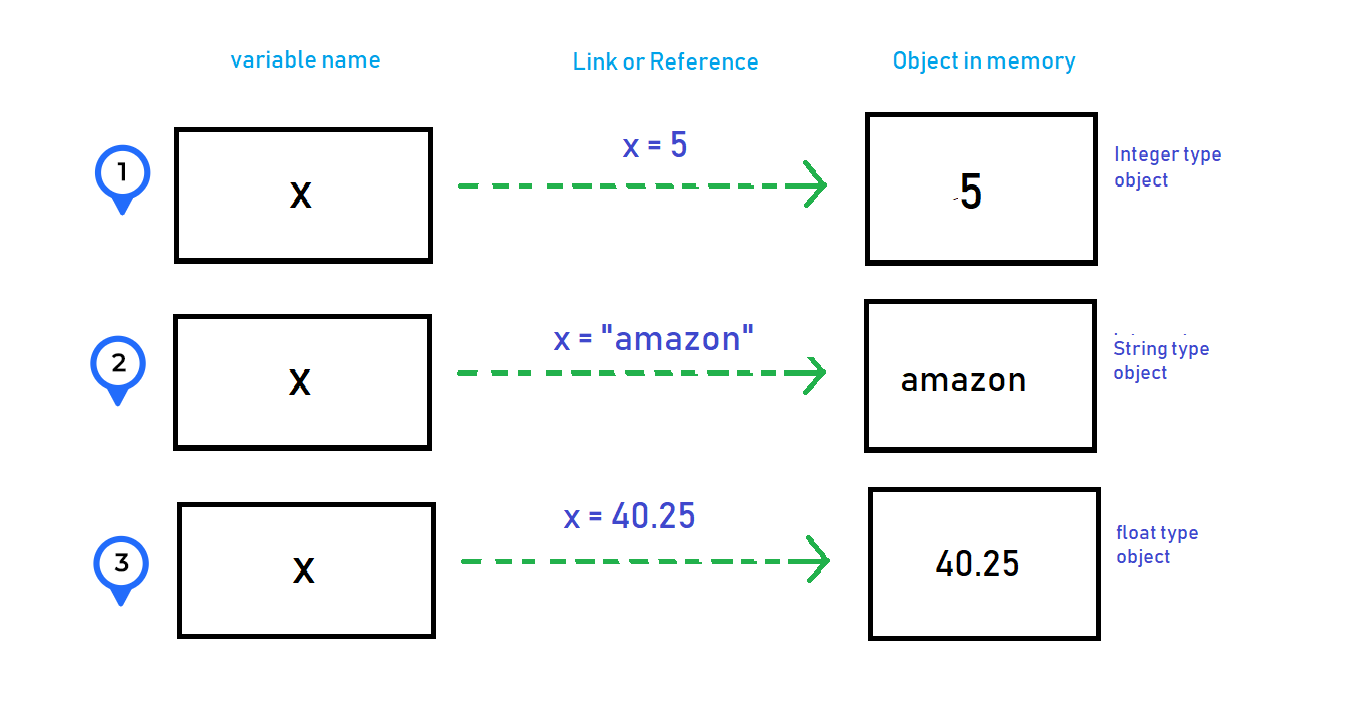 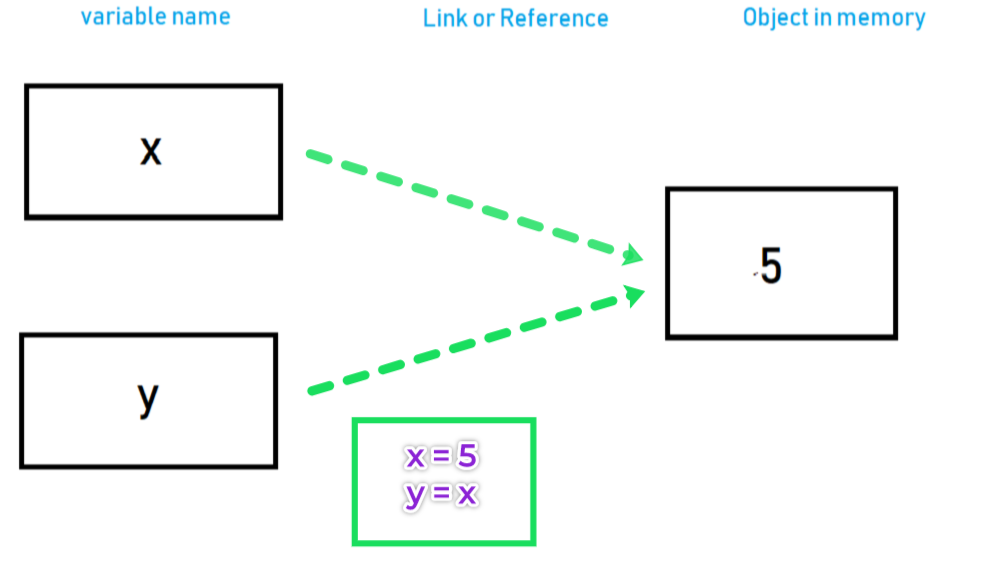 x = "amazon" - here we reassign a new string value to "x", so a new object with string "amazon" is created and then Python sets "x" to refer it.
Now this time "y" value is not changed and it still refers to the old integer object "5" in the memory (Check the image below) 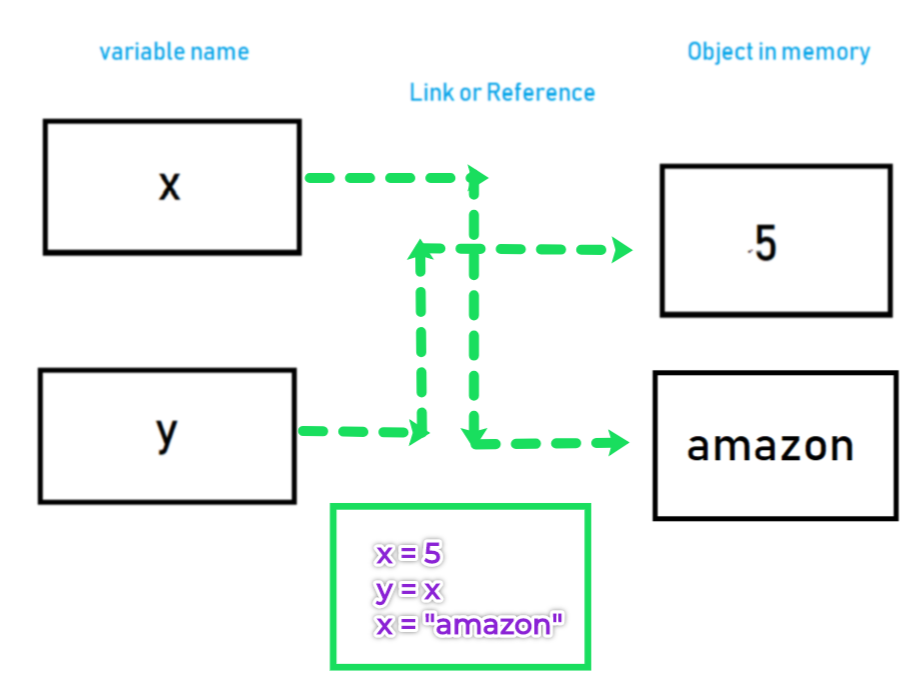 We can assign multiple values to multiple variables in a single line.
Example:

We can assign same value to multiple variables at a time in single line.
Example:

Click any Link
to navigate to certain page easily
Tutorial
Quiz
Questions & Answers
How To
Need Help ?
Write a line to us